Kayak fishermen and Surfskiers are amongst the most vulnerable ocean users due to their close proximity to the ocean without being able to observe what is lurking down below. Kayakers are also relatively slow moving objects resembling an easy prey for great white sharks henceforth numerous attacks on kayakers and surfskies in South Africa and elsewhere.

The Freedom 7 offers peace of mind and security whilst out there and not only does the Sharkshield protect you, but also your catch. Several fish have been lost due to hungry sharks right at you side, but the Freedom 7 will prevent this and save your catch and your life. 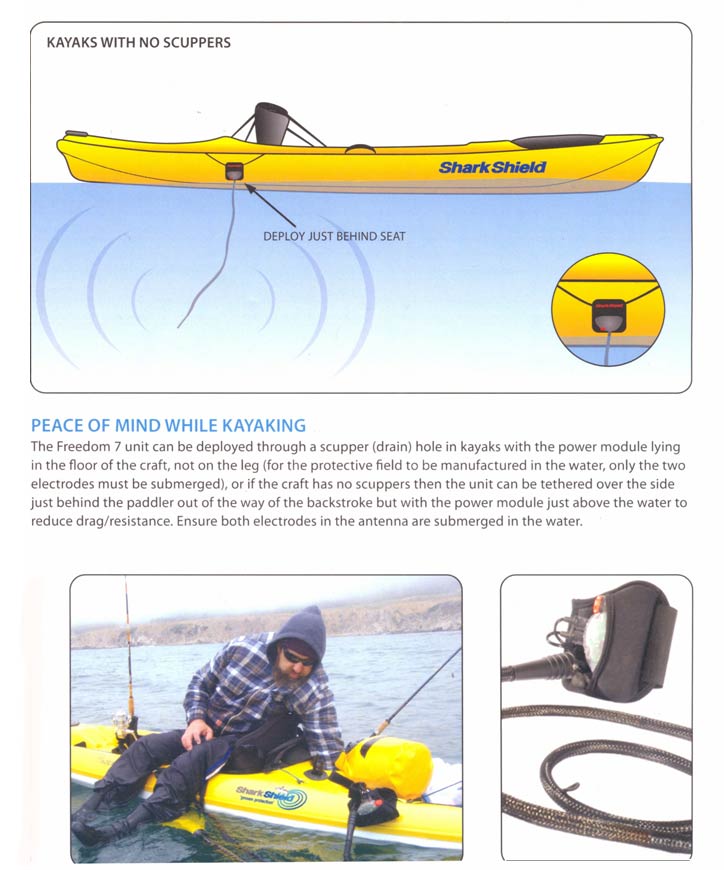 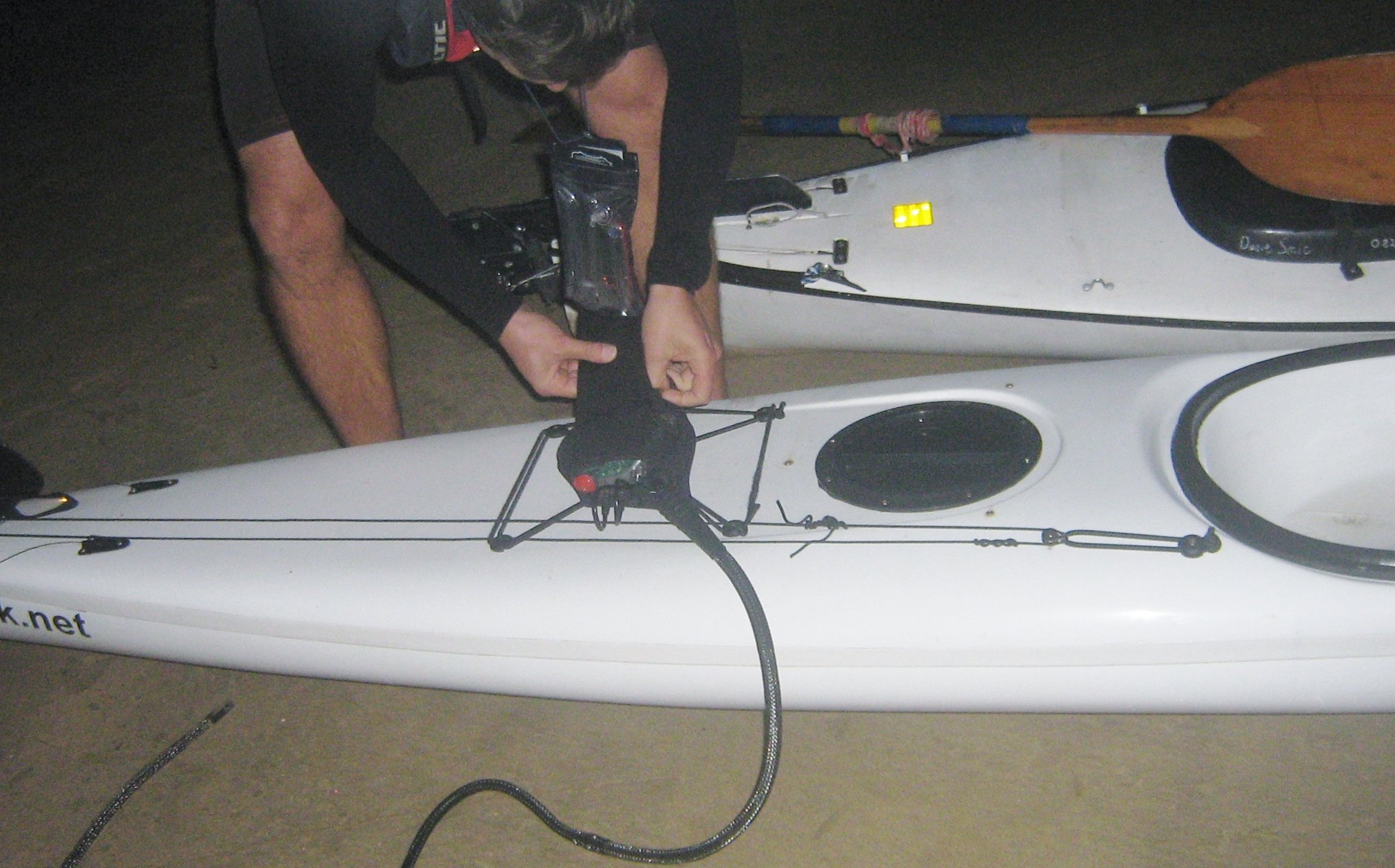 When installing the Freedom 7 on your kayak ensure that the electrode is immersed in the water, you can check this by putting you hand close to the electrode and feel the pulse. The electrode will hang free in the water when fishing creating a field that will protect you and your catch. Make sure to place the unit to the centre of the kayak when fishing and more towards the tail when on a surfski or paddling your kayak. Shark attacks on kayaks are mostly from the back and from the bottom up targeting the back and or centre of the kayak. 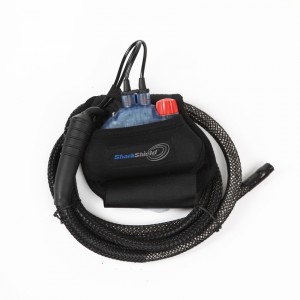