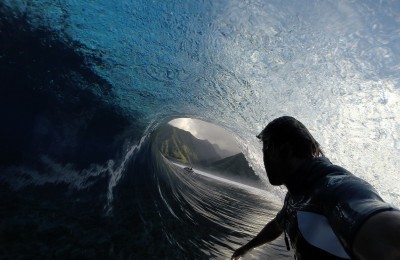 Professional surfer, a regular at Pipeline, drone enthusiast and one of the world’s biggest GoPro surf video contributors, Anthony Walsh, has joined Shark Shield as their newest Brand Ambassador. Anthony is always on the hunt for some tube time and you’ll usually find him filming in a barrel in some exotic location somewhere on the planet, having Shark Shield on hand makes for a safer adventure.

Anthony Walsh says, “I’m excited to represent the world’s only scientifically proven and independently tested electrical shark deterrent. I’ve tested out the devices for myself in Hawaii and yes without doubt Shark Shield does deter sharks without hindering surfing performance.

Calls for Shark Shields to replace catch and kill 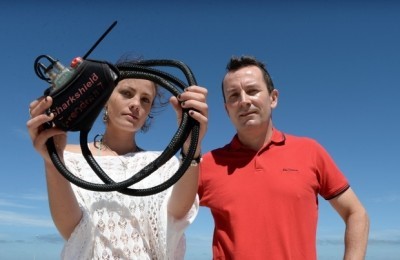 A woman who survived a shark attack has thrown her support behind the WA Opposition’s proposal to use Shark Shields as an alternative to the government’s contentious “catch and kill” policy.

Elyse Frankcom was 19 when she was attacked by a 3.7-metre great white shark while working as a snorkel tour guide in Rockingham, south of Perth, over three years ago.

A fisherman on the tour, Trevor Burns, grabbed the shark’s tail and Ms Frankcom managed to activate a shark shield wrapped around her ankle, before falling unconscious.

She believes the device saved her life.

“Once this Shark Shield was turned on, the shark had left the area, despite blood being in the water, despite an attack already, the shark was not seen once this shark shield was on,” she said.

“I strongly believe, along with Trevor Burns grabbing the tail of the shark, and making it let go, that this device right here, the shark shield, undoubtedly saved mine and Trevor Burns’ life.”

Ms Frankcom is backing the Opposition’s call for the government to subsidise shark shields, which repel sharks by emitting an electrical field, over the government’s shark mitigation policy.